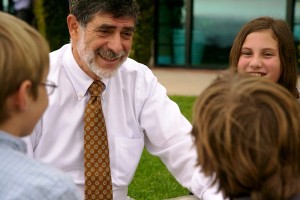 Rabbi Arthur Gross-Schaefer is a very diverse individual whose impact bridges a variety of organizations and touches numerous communities. He is a rabbi, a lawyer, a legal ethicist, a C.P.A., a mediator, a law professor, a writer, an advocate for Israel, a voice for peace in the Middle East, a husband, a father, a friend and a deeply committed Jew. He has been a rabbi in Hollywood, Ojai, and at USC Hillel. He once served as rabbi to Congregation B’nai B’rith in Santa Barbara and carries on an active involvement with them and the other local Jewish congregations as well. Currently, Rabbi Arthur is a professor of business law and chair of the law and marketing department at Loyola Marymount University in L.A. in addition to being the rabbi for our community.

As an educator, rabbi, and lawyer, Rabbi Gross-Schaefer provides leadership and consultation in the areas of religion, public education, and ethics. He has helped new immigrant communities, Native Americans, Quakers, rabbis, and lawyers with issues of burnout, sexual misconduct, and diversity. He has created ethics and wellness audits for rabbis and synagogues; as a respected consultant, he frequently provides guidance on legal issues facing clergy, and is an invited speaker about ethical issues.

As a rabbi, he has also conducted workshops and written on a variety of topics including ethics audits for synagogues, rabbi burnout, dealing with the December Dilemma, and ethical and legal issues facing lesbian and gay couples.

Rabbi Arthur’s biggest joy is his family. Laurie, his wife, is an award-winning artist. His sons Elisha, Avi, Yoav and Noah are his “university that teaches him patience, humility and often wisdom.” 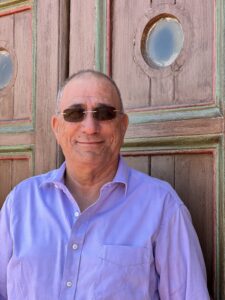 Itzik Ben-Sasson is a career Jewish educator who brings his life-long love of Judaism and education to the students he loves. Since 1992, he has lived in Santa Barbara and served nearly every major local Jewish organization in a leadership role. In 1998 Itzik’s commitment to Jewish education became the seed that has since blossomed into the Community Shul of Montecito and Santa Barbara. In 2004 he became the founder and Executive Director of Santa Barbara’s Jewish day camp, Camp Haverim, and has led the camp in 18 successful summers’ camps. Today Itzik continues to direct and teach at Camp Haverim and the Community Shul’s Religion School program. Itzik is very proud of all the students he has had the joy of working with, but his greatest pride and joy are his wonderful boys, Eetai and Ari. 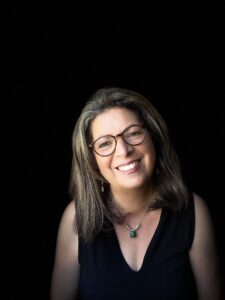 Renee Golan is a professional Jewish educator and mindfulness meditation teacher. She has dedicated her life to teaching and empowering students. She provides a welcoming and nurturing environment for both children and adults. Seeing students experience a deeper connection with Judaism is one of the joys Renee finds as an educator. She cares deeply about all her students and feels honored to be a part of one of the essential parts of the Jewish community, education.

Renee’s desire to help others and give back to her community began over twenty years ago in Burbank, California at Temple Beth Emet where she taught Hebrew. After moving to Santa Barbara, Renee continued teaching Hebrew as well as Bar Mitzvah at a Community Shul and at Congregation B’nai B’rith. 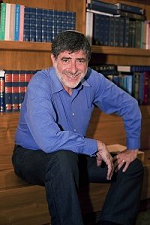